For the last ten months we have tested out a succession of strollers with our second son who was born in June of last year. Usually with our blog posts and videos, our focus is on evaluating strollers from the viewpoint of repair. However, having again become regular stroller users, we have discovered that there can sometimes be differences between judging a stroller's design when repairing it, which has more to do with simplicity, strong materials, ease of maintenance and general longevity and judging a stroller while using it, which is about comfort and ease of use.  As we continue to test out strollers with our new baby we will share our experiences as stroller consumers. 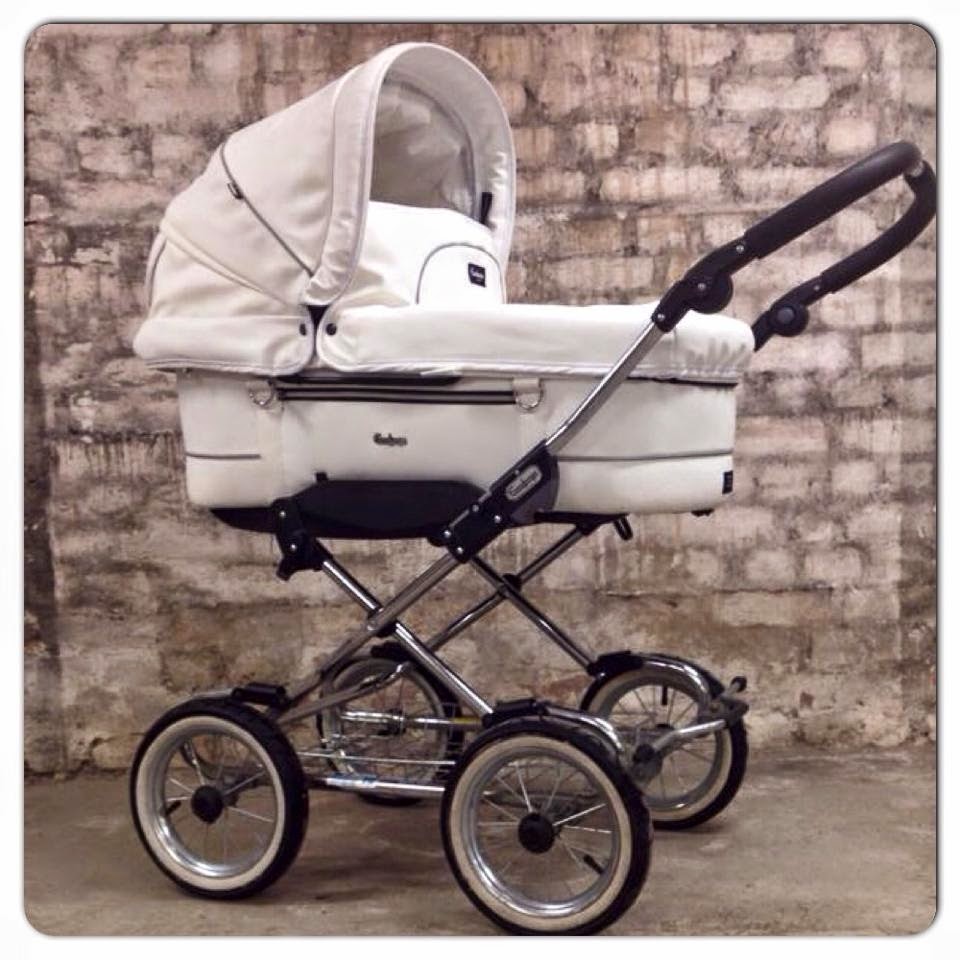 I am finally starting to catch up to the present with this series of posts.  Outside, spring has claimed a firm footing and the last piles of snow and gravel are slowly dissolving in the shadows, no longer an impediment to the pedestrians of Oslo.  Up until a few days ago, as we waited for buyer to pick up this stroller, we made use of a white Emmaljunga Mondial Duo Leatherette on a sturdy newer classic chassis.

Emmett continues to voice his dissatisfaction with riding in strollers, but it is possible to discern differences in the degree of his opposition.  We began with using the seat, but he wouldn't have it, so we switched for the spacious bag, using the handy wooden prop designed to help smaller babies as they are beginning to learn to sit up. 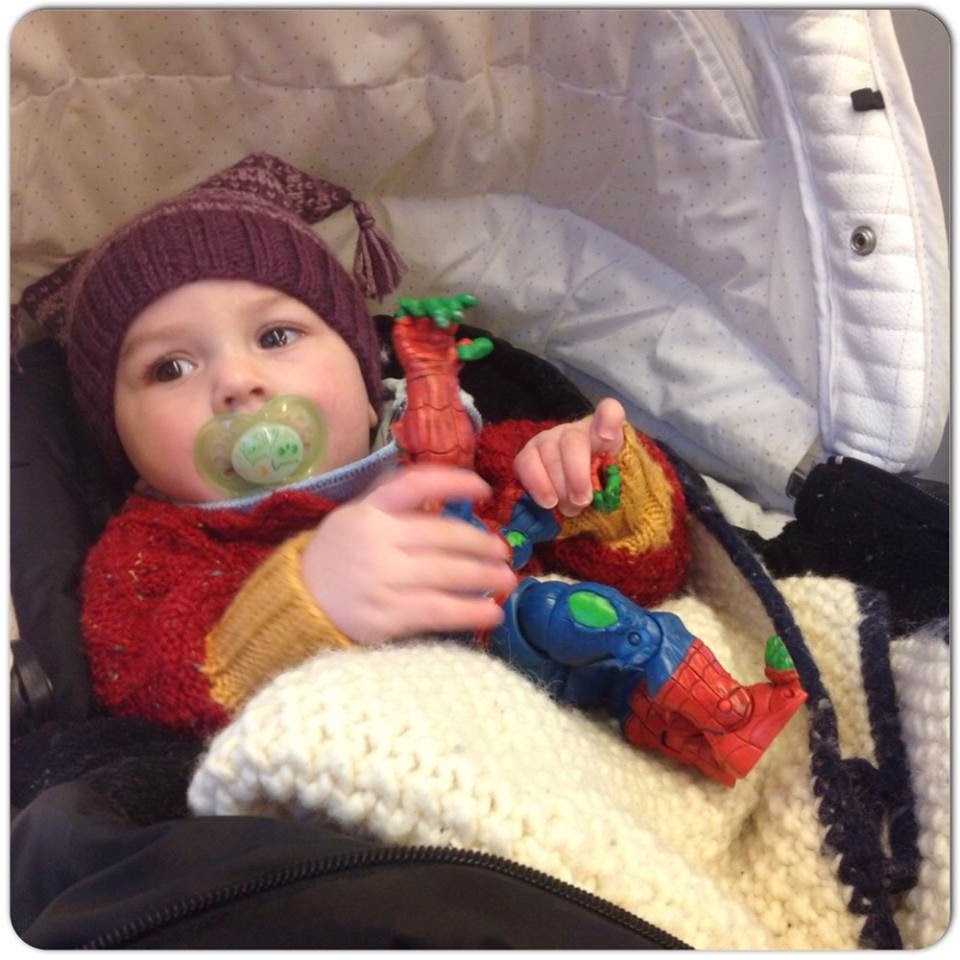 Emmett is a bit old for this setup and it was likely not up to the proper safety requirements, but with a generic safety belt, he seemed to enjoy riding in this way, as though in command of his own white battleship.  We made sure to go carefully and this set up had the added advantage of making things a lot easier when it was time to put him to sleep.  The size of the bag is certainly a plus with this stroller as it easily accommodated Emmett, even though he was nine months old in Easter.

Pushing a Mondial Duo Classic, I like to imagine, is a bit like driving a tank or a Rolls Royce.  The sheer size and weight of the stroller makes the ground beneath bend to one's will.  Though, as I've mentioned before, the classic chassis doesn't quite have the rigidity of the Sports chassis, it was more than capable of sliding its way through the wet sludge of early spring and the freak blizzards that assaulted us during Easter. 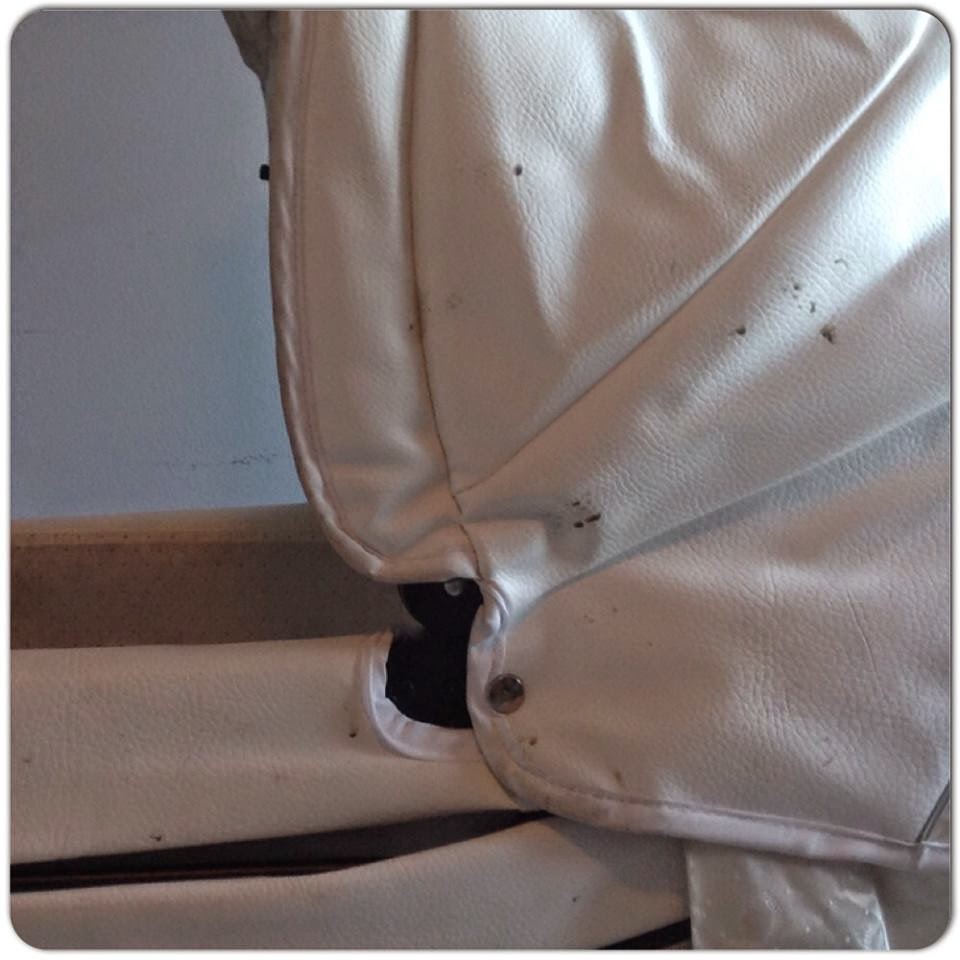 These particular conditions, however, highlighted to me why we will never have a white leatherette as a permanent stroller as, with each car that passed, splashes of mud and dirty ice sprayed the altogether too white textiles.

We have since cleaned and sold this stroller, but it was nice to use while we had it.  It was still not on par with the Bugaboo Donkey as far as four-wheelers go, but Emmett liked it better.  The white Emmaljunga Mondial Duo leatherette always finds a particular sort of customer, one whose house and lifestyle are likely a good deal less likely to leave spots on the leather than my own.
Lagt inn av joker noob kl. 04:33