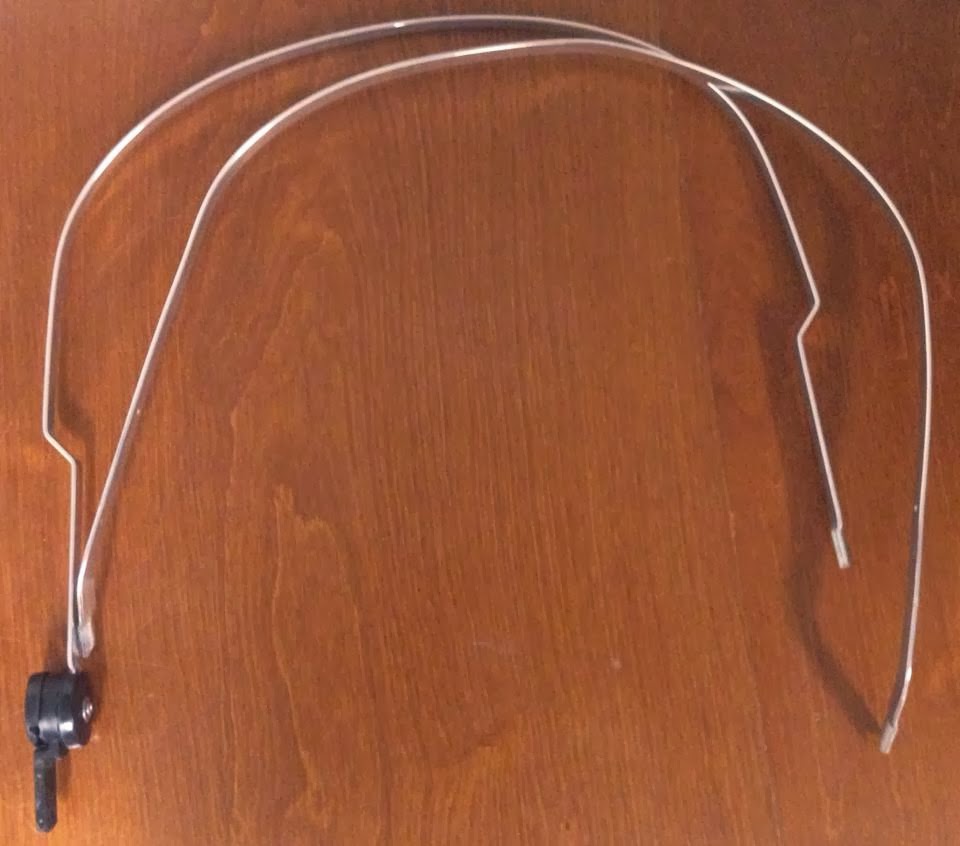 Of the problems we most commonly fix on the Emmaljunga Canopy, half are concerned with the mechanical elements, while the other half are related to the fabrics.

The canopy frame is made of pliable lightweight aluminum which often breaks when subjected to strain, especially at the juncture points on either side of the canopy where it is attached to the seat.  If this happens you will need to buy new canopy ribs to replace the broken ones. 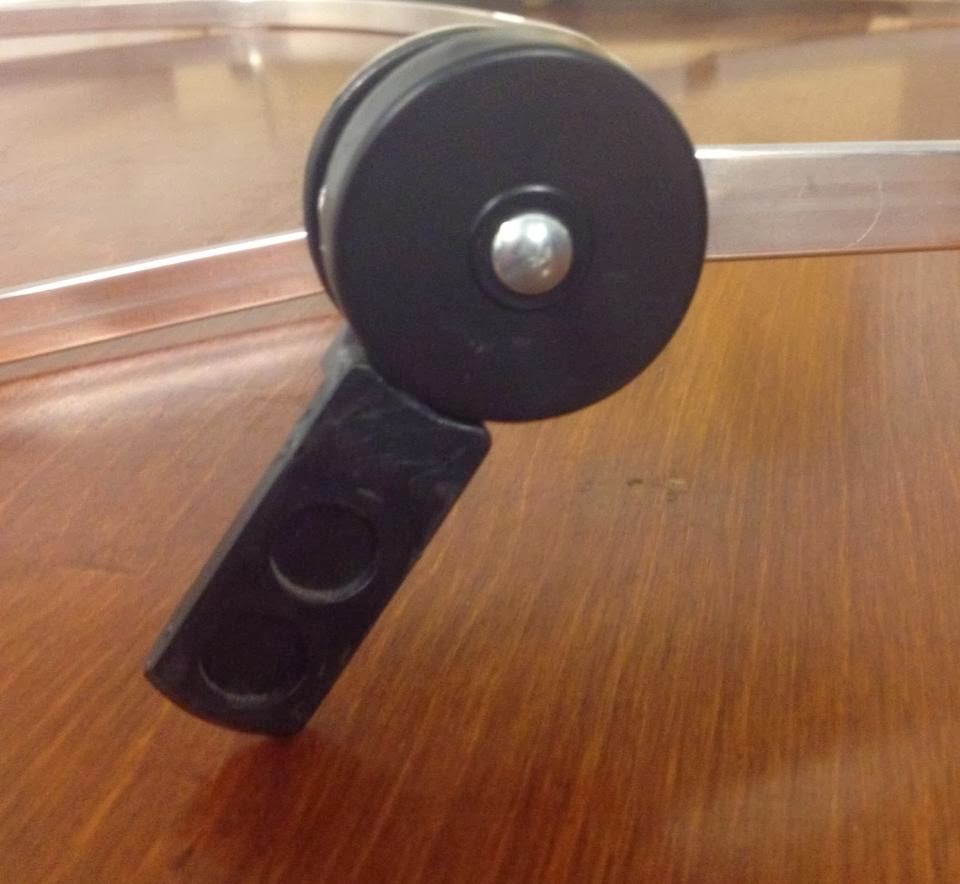 These junctures; mechanisms made up of several small plastic and metal parts, are responsible both for securing the canopy to the seat and also for providing sufficient tension to hold the canopy upright.  When they loosen, the canopy will no longer stay upright, tilting backwards whenever one rolls the stroller over a bump or blown back by the wind.

With either of these problems, it is necessary to dismantle the juncture mechanism.  In the case of Edge Duo models this can be accomplished by first popping off the plastic cap on one side of the mechanism and then using a pair of screwdrivers.  Be careful to wipe grease off of the various components and to keep your hands clean so as not to leave stains on the inside of the canopy.  In the case of City Cross models this mechanism is held together by a rivet which must be removed and later replaced with a screw, washers and a nut.  I now prefer using a Dremel with a cutting wheel to a drill gun (though I use a drill in this video, link ), as a drill seems to more quickly melt the plastic components.  Some damage to the plastic will occur anyway but this can generally be hidden by a washer.  After reassembling the mechanism, clip excess length from your screws with a pair of bolt cutters and sand down the ends to prevent sharp edges. 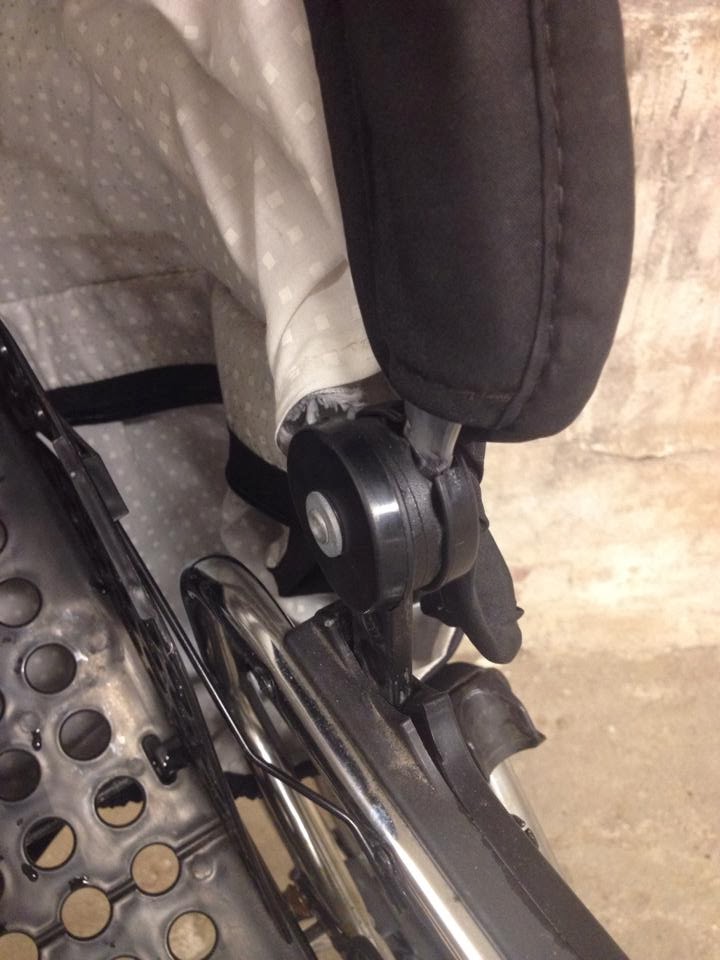 Another mechanism that can occasionally require fixing is the corresponding juncture point on the seat frame where the canopy is inserted.  This plastic mechanism also serves as part of the “easy click” system that affixes the seat to the chassis.  When this mechanism loosens, it is often the result of wear on the plastic holes where the two halves of the mechanism are screwed together.  Try opening up and reassembling the mechanism, if necessary replacing the screws with thicker screws of the same length (bolt cutters can be handy for fine adjustment). 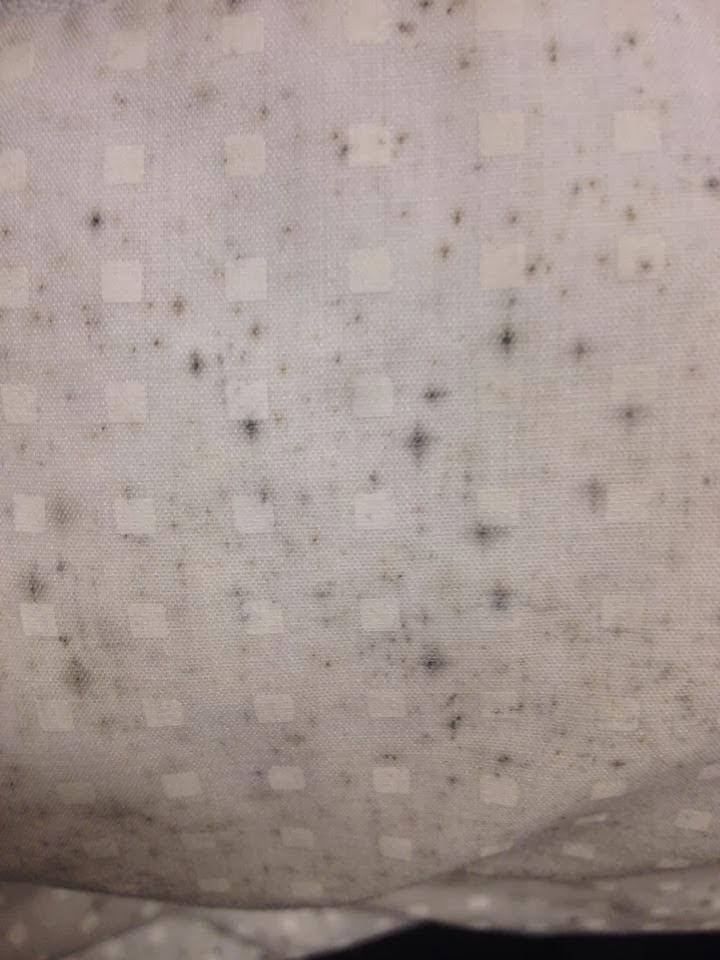 In relation to the fabric elements of the canopy, the most common problem that we address is that of mold or mildew manifesting itself as colonies of black dots on the white inside of the canopy.  These are only surface symptoms of the infestation however, which often extends throughout the many layers of the canopy.  We have already made a video addressing how to remove mold and mildew from your stroller’s fabrics which you can find here.   Emmaljunga fabrics seem particularly susceptible to this problem, so it is always a good idea to store your stroller in a warm dry place (at least the seat / bassinet if space is an issue). 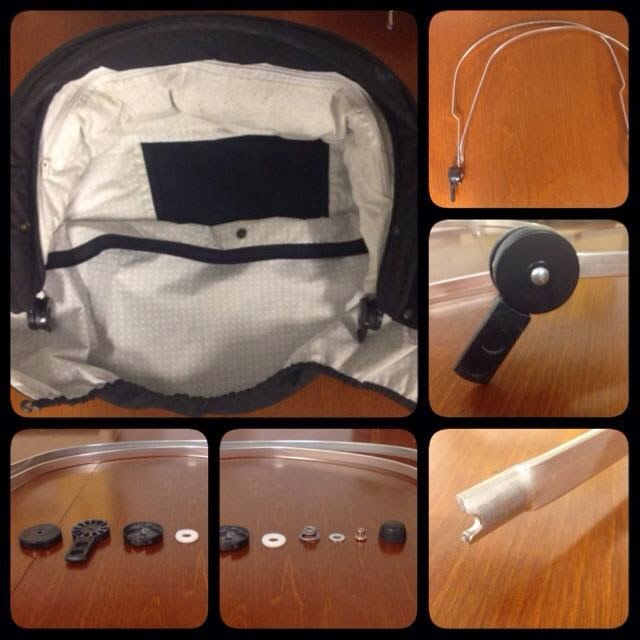 A second sort of repair that we commonly undertake is the re-sewing of any tears in the fabric as well as patching holes that are not along seam lines, replacing the zipper on the insect netting pocket and replacing the elastic band along the lower back end of the canopy.  If you need advice with any of these operations feel free to contact us.
As with all strollers, Emmaljunga fabrics are susceptible to color-fading.  We rarely dye the Emmaljunga canopy however as the white inside makes this a costly and time consuming job.  If you want to attempt dying the canopy yourself, we recommend first removing the white inside elements.  If the canopy is only a little faded and /or to prevent future fading, we recommend using a waterproofing spray every six months or so.
As always feel free to contact us for advice at kontakt@barnevognverksted.no.  We sell original, mostly recycled, parts and can also help you get ahold of chemicals and tools if needed.