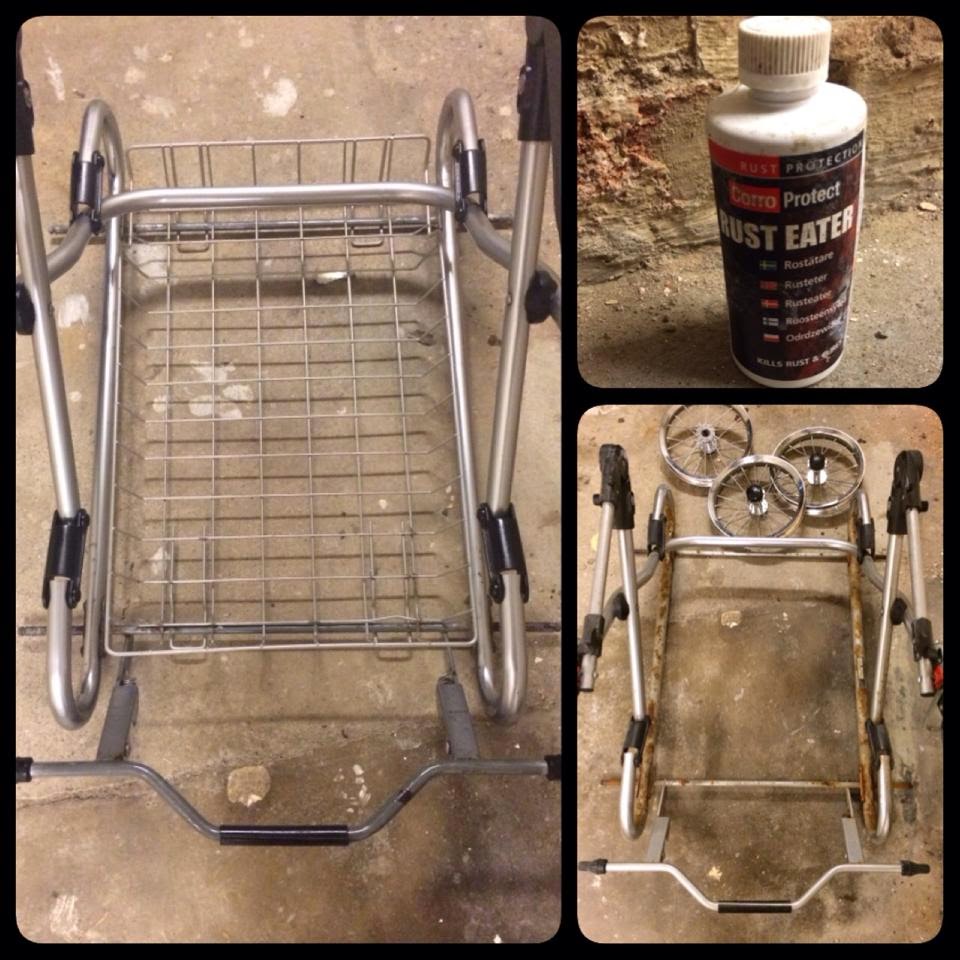 At BarnevognVerksted, rust removal forms a part of most our repairs.  Usually we remove rust as a part of general “overhauling” assignments and the purpose is mainly aesthetic.  On occasion, such as when mechanical components rust inside and no longer function, rust removal becomes a practical necessity.  This short blog entry will deal solely with rust removal for aesthetic purposes, derusting mechanisms will be featured later in its own article. 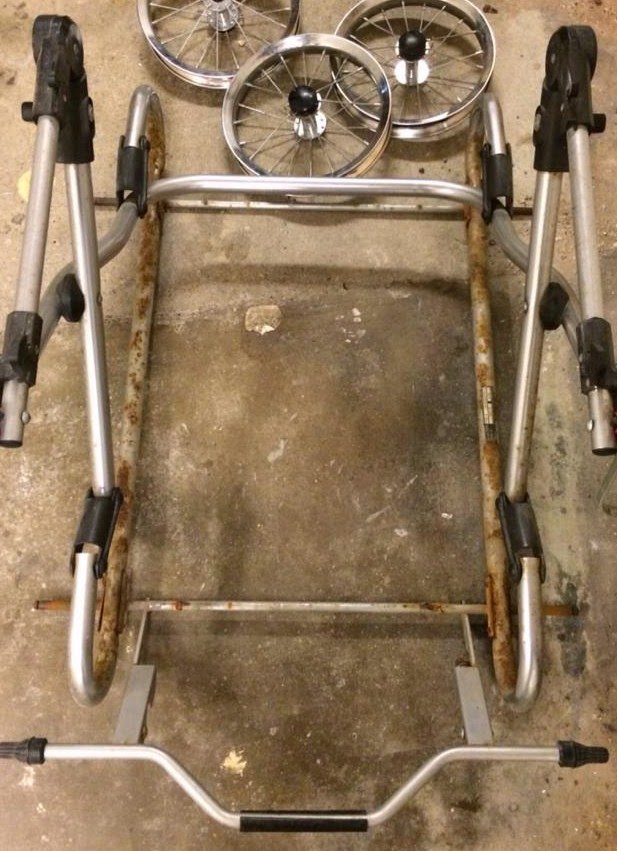 Chrome yields the best results when removing rust.  Apply the product generously and allow it to work for 2-3 hours.  Remove with a cloth or tissue paper, never water, and polish after at least a few hours with wd-40.

Non-chrome metal such as steel or aluminum can work as well, but with reduced results.  Don’t leave the product on for more than 20 minutes and expect a little bit of discoloration (a sort of white stain where the rust eater was applied).  With very rusty metal, the surface rust is removed and the underlying rust remains though its color is dulled and darkened.  A protective layer is left on the rusty metal preventing further oxidization. 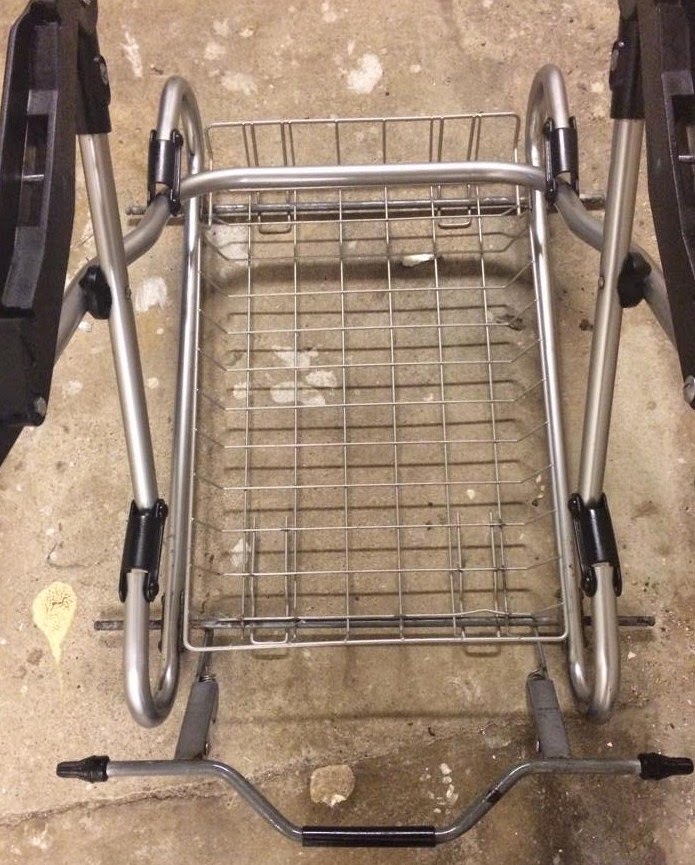 In the case of painted metal, where rust has caused the paint to crack, rust eater really only acts as a cleaning procedure before applying paint.  With rivets or screws emerging from black plastic, I find that black paint will yield a better effect than rust removal.  Remember also that rust eater will discolor plastic, though this can generally be cleaned up later with a good scrubbing.

We have produced several videos concerning rust removal, you can click on the links below to view them.

As usual, feel free to contact us with any questions or comments.