For the last nine months we have tested out a succession of strollers with our second son who was born in June of last year. Usually with our blog posts and videos, our focus is on evaluating strollers from the viewpoint of repair. However, having again become regular stroller users, we have discovered that there can sometimes be differences between judging a stroller's design when repairing it, which has more to do with simplicity, strong materials, ease of maintenance and general longevity and judging a stroller while using it, which is about comfort and ease of use.  As we continue to test out strollers with our new baby we will share our experiences as stroller consumers. 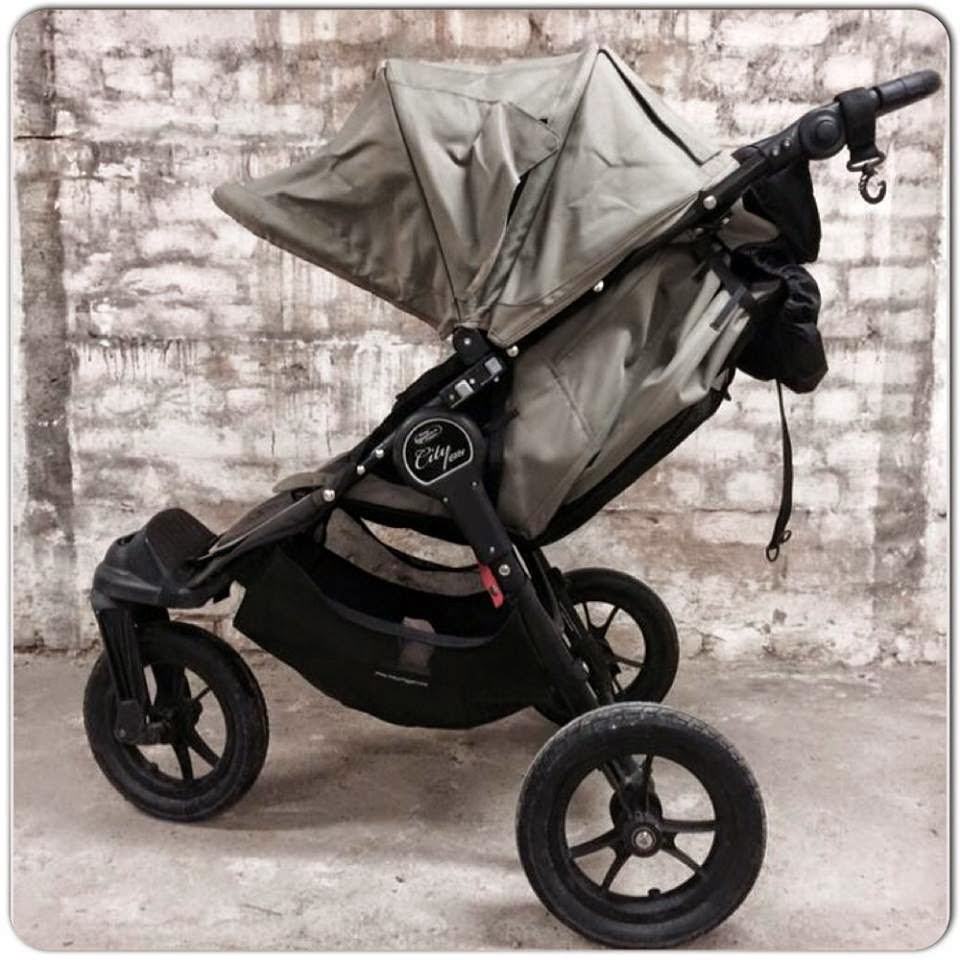 As our son entered the transition period between using a carrycot and a full seat, we again switched strollers in order to test out the BabyJogger City Elite.  It was the middle of winter and so we packed him into a thick bag which also helped to fill the seat that otherwise would have been too large for him.  Our son loved the BabyJogger, and he’s one of those babies who’s generally not happy to ride at all.
Having also had the opportunity to examine the BabyJogger City Elite from the inside in the workshop, I can say that it’s well-constructed.  The quick-folding mechanism consists entirely of metal parts, which cannot be said for many of BabyJogger’s rivals including exclusive brands like Bugaboo.  As a repairman, swapping out broken plastic Bugaboo parts is my bread and butter.
Though prone to rust, the front wheel’s swivel mechanism is simple and sturdy, and the twelve-inch front wheel is always nice, something TFK has yet to figure out.  For a long time it seemed that complexity of mechanisms was a mark of inferior quality among three-wheelers, hence the success of simpler models from TFK, Mountain Buggy and Easywalker.   And while each of these excels in its own way, the BabyJogger City Elite shows them all that it is possible to build a sports / jogging stroller with more complex mechanisms in a strong and reliable way.
It’s been a long hard winter in Oslo, with a moonscape of ice across the roads; good testing grounds for a three-wheeler.  The BabyJogger exceeded our expectations.  It was stable and comfortable, both for us and our baby.  The only negatives were that the shopping net was a bit hard to access, the overall width was a bit too wide for some doors, and the handle felt a tad smaller than it ought to have been.  But these are little things.
There are a lot of BabyJoggers on the road these days, and I get very few in for repair.  There’s a reason for that.  And when you couple strength of design with a smooth strolling experience it makes for a truly great stroller.
As this post has read something like an advertisement, I’d like to reiterate that we are not endorsed by anybody in any way.  If you’re in doubt, try one out for yourself.
Next up - TFK Joggster Twist vs Joggster III!
Lagt inn av joker noob kl. 04:49